Ideally, you only fight one enemy at a time so you can begin each encounter at full HP and MP and only receive approximately one hostile action in return for each action you make. You should resist those urges. As you Tab towards an enemy, the unknown tiles you reveal might contain more enemies. This is very likely to be the case because packs of monsters are super common in Crawl. And as you Tab towards those enemies What should you do if not Tab?

And yes, I realise that's an existential question for some players.

Best practice, if you're really patient, is to walk backwards a handful of tiles. Heading back into known territory to fight helps prevent you from meeting new monsters who might come to investigate noise they've heard from shouts, spells or combat. Instead, you could simply wait for the monster to approach by pressing. A caster or ranged character could shoot at the enemy. Even a melee character with no Throwing skill could still use the opportunity to chuck tomahawks or stones in the hopes of landing some bonus damage. You could fire wands, quaff some potions to buff up, use your god abilities and so on.

The non-Tab possibilities are almost endless! Crawl is a turn-based game. Once you've made a move, enemies respond by making their moves. Suppose there's one tile of space between you and an angry, melee enemy like an ogre who wants to smash you over the head with his club.

If you use your turn to step into the ogre, the ogre begins its turn and finds you adjacent. If you instead you press.

With one of the highest Invocations aptitudes in the game, Hill Orcs are very powerful with gods that make use of that skill. No matter if you did find Makhleb altar or not. Each day, her hair became Old Norse Origin Names. Set IX Nos. Any attempt to move or attack can instead move in a random direction.

On your next turn, you get to hit first. Sight is reciprocal in DCSS: if you can't see an enemy it can't see you. With very few exceptions deep troll earth mages being a notable one monsters won't attack or cast spells when you're not in vision. If you're cognisant of this fact, you can use the Dungeon's layout to your advantage.

Imagine an early and very threatening ranged enemy. Are you thinking of an orc priest? Suppose you come across one of those green terrors at the edge of your line of sight. If you use your next turn to walk towards the priest, it can stay put and smite you. In fact, it can do that all 6 turns you spend closing distance.

That's up to 6 x 17 non-missing, AC-ignoring smite damage, much more than any early game character can live through. And that's just to get to the orc priest; you still have to fight it! A much better way to engage is to walk backwards until you find a dungeon feature, usually a corner, that obscures vision and wait there.

That way, the priest will be forced to close distance while not having any line of sight. An ideal corner will force a ranged enemy to come into vision only when its adjacent to you but that's not always possible. In the situation below I've come across a cyclops who is 3 tiles away. As cyclops can throw large rocks, those 3 tiles represent 3 potential rocks to the face. A step to the left uses the corner to obscure vision and puts an end to the rock confetti.

Still, this isn't an ideal spot because monsters with human intelligence and range can seek to maintain their range. In this situation, the cyclops, rather than simply walking up, might walk up-right to get more throws. As a cyclops is a slow-moving monster, I was able to walk back to a more suitable corner. This forced the cyclops to close to within a single tile which is much preferable to 3. Even if you have range yourself, you still want to think about your line of sight against ranged enemies. Also, unless a monster has the extremely rare "master archer" flag, it won't be able to use ranged attacks when adjacent to you.

Instead, it will switch to melee attacks. This is extremely valuable to know against dangerous ranged enemies like centaurs because you'd much rather they try to punch you than pepper you with arrows. Even with the best of care you're inevitably going to attract the attention of multiple enemies at once.

How to Remove Clothing Wrinkles in Photoshop

Every time you attack, 3 enemies hit you back or every time you attack, 1 enemy hits you back. I mean better for survival not better in a "more exciting" sense. Where possible, you should use corridors and choke points to prevent enemies from surrounding you. It's even possible to create your own corridors in rock walls but not stone, metal, etc.

If you place 2 corridors at right angles you've created what's called a "killhole". This configuration forces one enemy at a time to come into vision on a tile that's adjacent to you unless they then blink behind you lol. Stairs work in an interesting way. If you go up or down a set of stairs when monsters are around, only those ones adjacent to you will follow. This means stairs can be a useful tool to split packs or escape dangerous enemies.

If you see a threatening unique and it's not adjacent to you, go back upstairs and it can't follow. When you're "stair dancing" monsters with you, you typically want to go upstairs because then it's a cleared area rather than the unknown. In a pinch, though, rolling the dice on a downstair might be worth it.

As an added bonus, fights on a previously-cleared floor will allow you to rest fully without any new monsters coming to investigate the noise. Summons won't ever use stairs. That goes for yours and a monster's. If some enemy summoners are going off by summoning a million dudes, you can interrupt them by changing floors.

Zombies and skeletons can't use stairs either. Rather than fighting all 6 at once and however many others who were just out of vision , I went back upstairs. Only 2 spiders were pulled up which is a much more manageable fight. Gods are a major part of the DCSS experience. Indeed, god choice is usually considered one of the most defining elements of a run along with species and background. To worship a god you first need to find one of their altars. 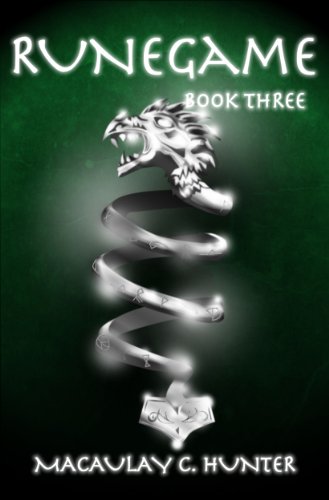 A large number of these will be present in the Temple which can spawn from D4 to D7. It's not uncommon that the one god you really wanted isn't in the Temple but fear not. With the exceptions of the non-Temple gods Beogh, Lugonu and Jiyva, every god will have an altar generated by level 10 of the Dungeon. You'll be shown an overview of the god and then asked if you want to join. Each god works in a unique way but most use a system of piety that you can build throughout the game by doing things they appreciate.

Some gods give gifts at higher levels of piety. Many enforce a form of conduct and will put you under penance if you do things they don't appreciate. Gods are mostly there to help you. Don't just hoard piety for the sake of it. For the love of god, use your god. At first, when you're learning the game, you might want to worship some of the more straightforward gods. I think that's a solid idea as it will help keep the complexity down. I'll introduce some of those shortly.

Several schools of thought exist when it comes to god choice and you'll find much disagreement among experienced players when it comes to the relative strengths of gods. Some players will say you should look for a god that covers the weaknesses of your character and not worship one who makes you all-in on a particular strategy.

For instance, this wisdom goes, if you're a stealthy character who stabs enemies, you shouldn't worship Dithmenos the god of darkness who makes you stealthier. That sort of thinking isn't persuasive to me: if I'm playing a Deep Elf caster, should I choose a god that helps me cover the weakness of being poorly suited to melee combat? Covering a weakness can be a very good reason to pick a god but it shouldn't be a consideration that's restrictive in nature.